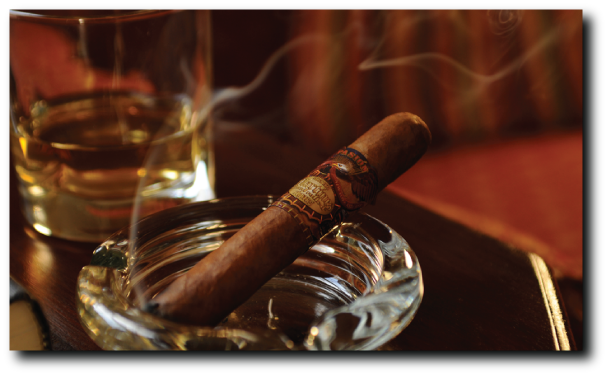 In spite of the American embargo on Cuban products (or maybe because of it), Cuban cigars still rule the market as the premium. And as with most ‘premiums’, there are a lot of fakes. So how do you know if you are getting the real deal?
There are certain things about Cuban cigars that make them different from the others. First, the look and the feel of the cigar. Cuban wrappers are generally  naturally oily with a smooth, buttery look and an even color. The veins should be very fine or barely visible. With the exception of figurados like Pyramids and Torpedoes, the caps are generally more flat than round, and always triple seamed. The foot will have a straight, clean cut. The ashes tend to be entirely grey with no black fragments. True, these things can be said of a lot of cigars made outside of Cuba, but if your cigars are missing all or most of these, they’re most likely not of Cuban origin.
If the price sounds too good to be true, it probably is. So get to know the relative prices on the top Cuban brands. If someone tries to sell you a $300 box of Cubans for $50 or even $100, they’re fake.
Unless you’ve actually smoked a good number of genuine Cuban cigars it’s easy to be fooled, especially if the counterfeiter got everything right but the cigars. Then again, if you can’t tell the difference, why bother?  Go to your local cigar store and buy yourself some nice smokes.